Spicy sweet soul cakes are a gateway to our past.

Growing up a secular American can be a spiritually lonely place and living in a typical American town is often like living in a cultural and spiritual wasteland.

At some point you begin to crave the gatherings, community celebrations, and spiritual traditions that our ancestors relished in.

Because my own ancestors were Northern European AND I’m a huge nature worshiper, the Celtic traditions really resonate with me. The ancient pagan holidays make a lot of sense to a nature worshiper. They are deeply rooted in the natural cycles of our world and solar system, the interpretation of these ancient festivals is flexible, allowing for expansion and creativity, and they invite you to explore the mysteries of one’s own spirituality.

Read on to explore the lore and traditions around baking soul cakes for Halloween. 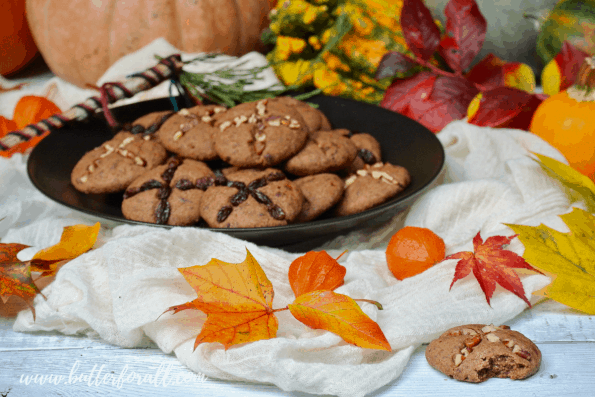 Samhain (pronounced sow-win) is the most important ancient Celtic celebration. Because the Celtic religion followed the natural agrarian cycles it is essentially the Celtic new year. At Samhain the growing season is complete and the harvest has been collected from the field. In the Northern hemisphere the days are growing shorter and Samhain marks the start of the darker half of the year. Samhain was and still is a time to celebrate the bounty from the earth by feasting, worshiping fire, communicating with and honoring the dead, and placing intentions for the new year.

Some of Our Most Honored Halloween Traditions Stem From the Ancient Pagan Practices.

The modern jack-o-lantern comes from the tradition of carving harvest vegetables like radish, potato, gourds, and turnips into candle holders. We can only assume that this practice was a way to honor and give thanks to the harvest, while guiding the spirits from the Otherworld, and simultaneously worshiping the fire that would keep the Celtic homes warm and lit during the long winter months.

Dressing up in Halloween costumes probably comes from the ancient tradition of wearing masks on Samhain. The Celts were deeply affected by their supernatural beliefs, they recognized Samhain as the day of the year when the veil between our world and the Otherworld was thinnest. The faerie folk and souls that normally reside in the Otherworld could cross over into the land of the living to visit humans on Samhain (and vise versa!) and this frightened some early pagans. They used masks to hide their identities and to trick the faerie folk and spirits into leaving them alone!

Trick-or-treating most likely evolved from the practice of baking special food offerings for the souls of the dead who would return to feast on Samhain. As to not let that food go to waste after the celebrations it was often given to poor beggars who went door to door knocking for treats in the name of the Irish god Muck Olla. Much later the Christian church had established a three-day festival to take the place of Samhain, “All Hallows’ Eve” on October 31st, “All Hallows” (All Saints’ Day) on November 1st, and “All Souls’ Day” on November 2nd. During this time the practice of going door to door to ask for a cake to save your soul was known as going “Souling”. 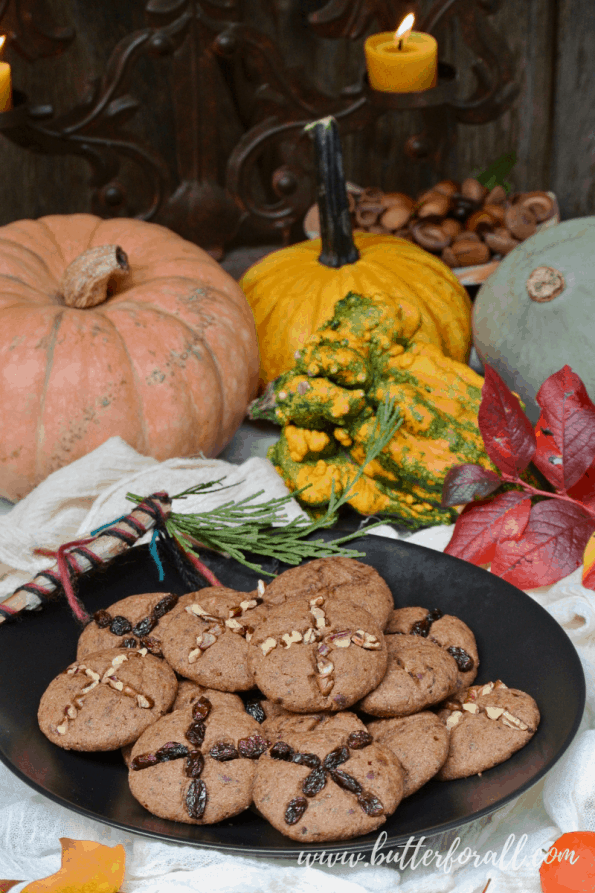 Soul Cakes, an Offering, and an Amulet.

I first read about soul cakes making a comeback in modern kitchens in Gastro Obscura. I was intrigued and wanted to create my own version of this medieval recipe. One of the earliest recipes cited in that article was from 1604 and calls for ale barm, mace, saffron, and sweet butter. Yep, they had me at sweet butter!

If they were being made in 1604 then the recipe was probably much older than that. I like to believe that they harken back to the time of the early Celts, who would make little cakes as offerings to the souls of the dead and would also use the cakes as amulets of protection.

The Sun Wheel (Circle and Cross) Is One of the Oldest Spiritual Symbols.

I like to think of the Celtic circle and cross as a wheel, a representation of four. The four seasons – winter, spring, summer, and fall. The four major pagan festivals – Samhain, Imbolc, Beltane, and Lughnasa. The four earthly elements – earth, air, fire, and water. The four stages of life – child, adolescent, adult, and elder. The four directions – north, south, east, and west. And the four important celestial events – the winter solstice, the spring equinox, the summer solstice, and the autumn equinox.

In the ancient Ogham alphabet the cross represents the Alim (white fir tree) which was one of the nine sacred woods used to start Celtic festival fires. The fir grows straight and tall and would be a representation of strength and endurance.

The circle surrounding the Celtic cross may be a representation of the sun, the moon, a wreath, or the ideas of “oneness,” “wholeness,” and “purity.”

The cross has always been used as an amulet for protection and connection. Marking the top of your soul cakes with a cross is acknowledging the connection between the physical, celestial, and spiritual realms.

A lot can be conveyed with such a simple design! 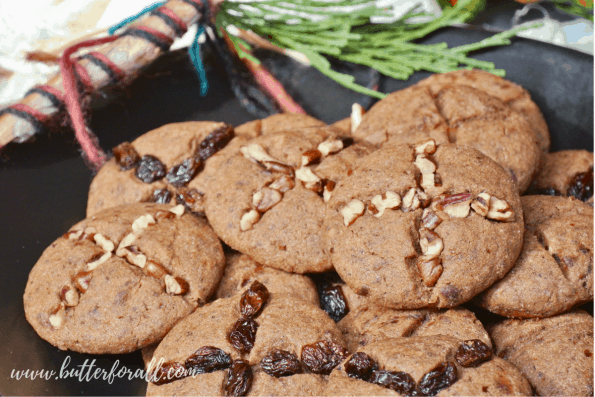 You will find so many variations for soul cakes online. Since there was no real written recipe until around 400 years ago (and that one doesn’t give measurements) bakers have to assume what they may have tasted like. We do know they were heavily spiced and sweetened, made with butter, and leavened just a little with ale barm (the yeasty foam from making ale). So if looking for a recipe you will see biscuit-style soul cakes, cake-y soul cakes, shortbread-style soul cakes, and even thinner cracker-style soul cakes. 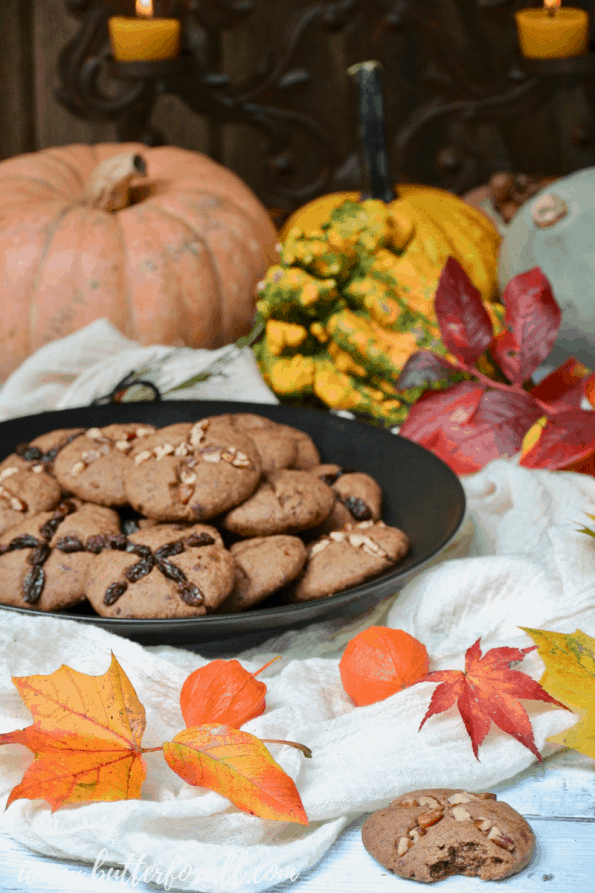 When Developing My Recipe I Opted for a Shortbread-Style Soul Cake With Plenty of Sweet Cream Butter! 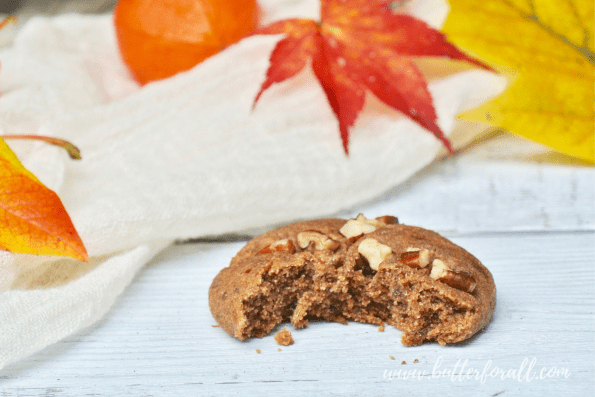 I used sprouted whole wheat flour for easy digestion and because whole wheat feels much more akin to the grain that traditional Celtic peoples were using.

Of course I added A LOT of spice to give the soul cakes some intrigue and a unique deep flavor.

In place of the ale barm I used just a tad of baking soda to give my soul cakes the slightest cake-like texture. In my first attempt at recreation I actually added a bit of hoppy beer to the recipe and that produced a lovely, cake-y Soul Cake. The floral aroma from the beer was lost in the spice though, so I decided on more butter instead!

I used the back of a butter knife to score the top of each soul cake and then left it bare or decorated it with raisins or pecan pieces. You can get creative with your toppings and even add dried fruit and nuts to the cake itself if you wish!

So in the spirit of Samhain and honoring our ancestors, I hope you enjoy my nourishing rendition of the ancient festival food, soul cakes! 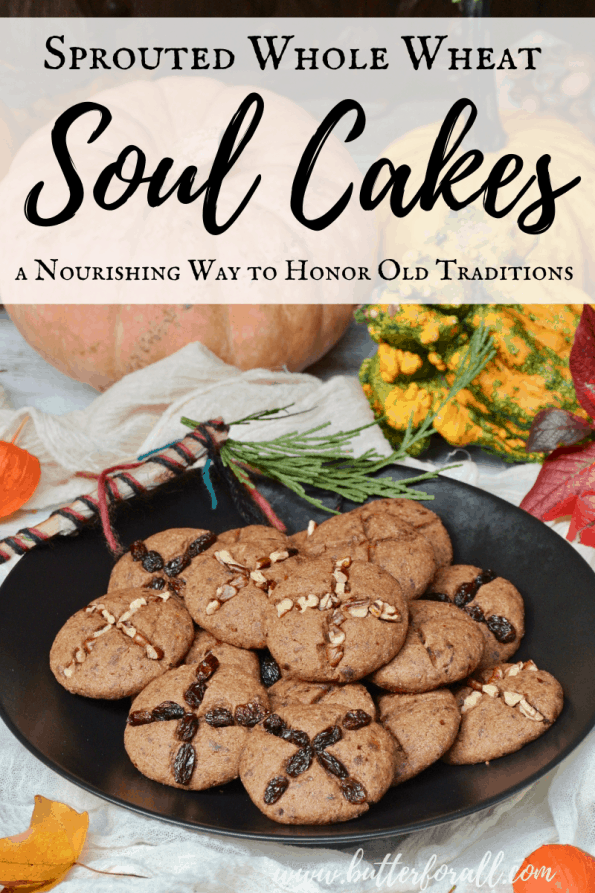 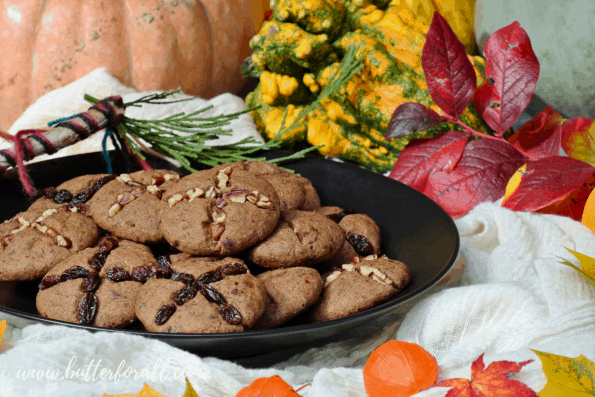